Existential Crisis in the Catholic Church 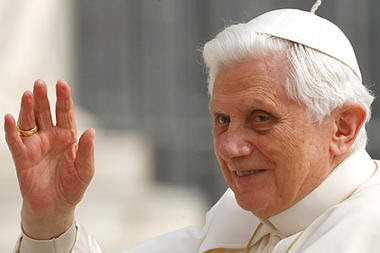 We certainly need no reminder in this day and age that Catholic priests are fallible or even deeply flawed beneath their cloth veneers. But in The Bishop’s Man, Linden MacIntyre’s Giller prize-winning novel, we are treated to the inner life of Father Duncan MacAskill, a deeply moral man in conflict with his own shortcomings and those of the institution he so devoutly serves.

MacIntyre, better known for his years of award winning investigative journalism with the CBC, is a relative newcomer to the literary world. The Long Stretch (1999) was MacIntyre’s first novel which shares setting, a tiny Cape Breton community, and some of the same characters as The Bishop’s Man.

For anyone who has watched and admired MacIntyre’s journalistic story-telling abilities, it is difficult not to picture him as the novel’s central voice. Like his main character, Father Duncan, MacIntyre has always seemed to have a stoical priestly disposition, himself a native of the Maritimes, growing up in Nova Scotia.

Father Duncan is the Bishop’s man, literally, sent to clean up the growing number of little scandals the Church finds itself engulfed in. Most often this entails making sure the victims stay silent, while the priests are given a slap on the wrist before being given a reassignment—often parachuted in to some other unsuspecting community. As time goes on though, Father Duncan becomes increasingly uncomfortable with his role as hush man. It also begins to take its toll on him personally. He develops a drinking problem. What starts as a few Bloody Marys on Sunday afternoon after mass, culminates in drunk-driving and stealing a mini from the liquor store which he pours in his morning coffee.

From the beginning of the novel, Father Duncan identifies himself as somewhat of an existentialist, an admirer of the works of the German philosopher Martin Heidegger. And it is through this ontological frame that he interprets the world around him. MacIntyre captures this worldview through beautiful sensory poetic prose, where the line between Father Duncan’s thoughts and the actual world seem permeable.

Most striking here is MacIntyre’s treatment of the whole issue of pederasty and abuse that has ravaged a whole generation of churchgoers.

“There’s something unstable about my generation of priests. Maybe it was the liberating notions of John XXIII, the mighty humanist. He opened the doors to the romantics, to people with misty concepts of theology, infused with adolescent impulses about love. My seminary class was crawling with them. Mystical flower children with mixed up notions about charity and holiness, confusing carnal impulses with altruism.”

But while Father Duncan is conflicted about his role as Church cleaner, he feels no moral ambiguity about the men who commit these crimes. MacIntyre is brilliant in his depictions of shady priests appealing to a kind of seminarian brotherhood where priests look out for fellow priests engaged in a common struggle with their inner vices. Father Duncan has no time for it.

Ultimately, The Bishop’s Man is less about sex scandals in the Catholic Church than the story of a deeply introspective man struggling to reconcile his innermost feelings and desires with the life he has committed to. It is the mid-life crisis of a thoughtful and often humorous priest. If anything we want Father Duncan to go further, to go head to head with the powers of the Church. But in the end we get a more nuanced, perhaps less satisfying finale.